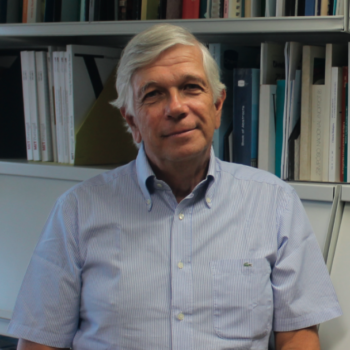 Joaquim Cabral is a Distinguished Full Professor of Instituto Superior Técnico (IST), University of Lisbon, Portugal. He was (2004-2010) the Head of the Chemical and Biological Engineering Department and Founding Head (2011) of Department of Bioengineering, the Founding Director (2013) of the Institute for Bioengineering and Biosciences (iBB) at IST and the Founding Coordinator (2021) of the new Associate Laboratory Institute for Health and Bioeconomy.

RESEARCH INTERESTS AND OUTPUTS: Joaquim Cabral research group-Stem Cell Engineering Research Group- of iBB is focused on cell production platforms for the ex-vivo expansion of stem cells and/or their controlled differentiation into specific cell types and micro-tissues, as well as their integration with bioseparation and high-resolution purification technologies. He has authored more than 600 research articles, with ca. 15,000 citations, an h-index of 57, co-authored or edited 14 books and 5 patents.