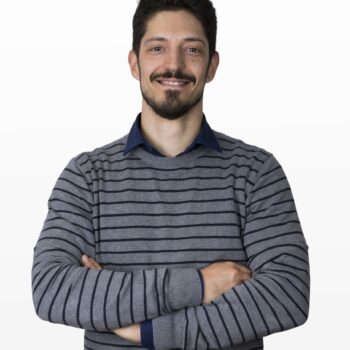 Dr. Tiago G. Fernandes completed a PhD in Biotechnology in 2009 at Instituto Superior Técnico, in collaboration with the Rensselaer Polytechnic Institute (NY, USA). Currently, he is an Assistant Professor at Instituto Superior Técnico, Universidade de Lisboa, and a Research Scientist at the Institute for Bioengineering and Biosciences, Lisbon, Portugal. In 2020, he held a temporary position as Invited Faculty at the Department of Biomedical Engineering and Wisconsin Institute for Discovery, University of Wisconsin-Madison, WI, USA.

He has published over 40 research articles in peer-reviewed scientific journals. He has contributed to 10 book chapters and has edited 2 books. He has received several awards and honors, including the prestigious Malcolm Lilly Award, presented by the European Society of Biochemical Engineering Science to a young researcher working in the field of bioprocessing engineering in 2008.

His research work is focused on providing an integrated platform that brings together engineering and biology, to accelerate progress towards designing the stem cell fate and its microenvironment. The development of artificial cellular niches for studying the mechanisms that affect human stem cell pluripotency is of foremost importance and represents a major goal of his research. Human pluripotent stem cells (hPSCs) are used as model systems to establish in vitro artificial microenvironments that better mimic the extracellular environment. In addition to the influence of mechanical and matrix-related responses, the effects of microenvironmental conditions (e.g. small molecules and growth factors) have been extensively studied due to their capacity to modulating intracellular pathways.

This systems-based approach is expected to contribute for the development of innovative cell culture models that better reflect in vivo function, and the final goal is to generate cells and tissues to advance our understanding of biology and tissue regeneration, which will lead to further development of cell-based therapies.

His specific areas of activity include:

a) Mechanistic understanding of human organogenesis, through the establishment of in vitro platforms to study the cellular events involved in lineage commitment and further maturation of hPSCs.

b) Tissue and organ-based bioassembly, particularly understanding the development of the human central nervous system, with special focus on cerebellar development, using organoids as model systems.

c) Understanding the formation of brain microvasculature, particularly the establishment of the neural vascular unit, and ultimately of the blood brain barrier.