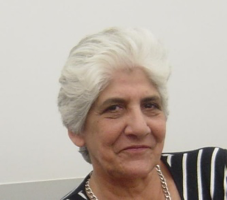 Teresa Paiva was born in Lisbon in 1945 and obtained her degree in Medicine in 1969. She has been attributed the following specialities by Ordem dos Médicos: Neurology and Neurophysiology in 1975, with competence in Sleeping Medicine in 2013. She holds the title for “European Somnologist” by European Sleep Research Society since 2012. She has worked in Santa Maria Hospital (1970-2006). She obtained her Ph.D. in Medicine in 1992 and did her Aggregation in Neurology in 1997 in FMUL. She was an Invited Professor at Neurology and Biomedical Engineering at IST, 2003-2016.
She coordinated, at FMUL, the Masters in Sleep Sciences in 2005-2012, and she was part of the organizing committee form the Biomedical Engineering Degree at IST IN 2013-2016.
Since 1983 she is the clinical director of CENC- Centro de Medicina do Sono.
She has published more than 145 scientific papers, edited 13 scientific books and co-written 70 book chapters. She has supervised 10 Ph.D. thesis and 62 master thesis.
She is also a member of several scientific societies, as well as organizer of congresses and meetings, both national and international.
She is frequently invited to scientific conferences, media and lectures to the general public. She works in the promotion of a site dedicated to the divulgation of the current knowledge about sleep: www.iSleep.pt.