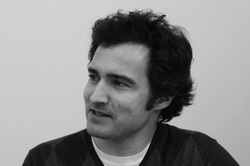 Miguel Remondes received his DVM from the Technical University of Lisbon in 1993, worked as a Veterinarian for 5 years, and then was selected (16/~200 applicants), for the VI Gulbenkian PhD Program in Biology and Medicine. He was awarded a Ph.D. grant from FCT to work with Dr. Erin Schuman at Caltech. Here he investigated the pathway directly connecting HIPP with EC and found that this pathway is indeed plastic (Learning and Memory, 2003), modulates plasticity and spiking in the CA1 network (Nature, 2002), and is necessary for the consolidation of long-term spatial memory (Nature, 2004). He received his PhD in 2004 and joined the lab of Dr. Matthew Wilson at MIT. Here he investigated how the cingulate cortex (CG) uses mnemonic information to negotiate multiple-choice tasks. He found that cingulate and hippocampal populations coordinate their activity while increasing choice-coding accuracy (Neuron, 2013), and that CG neurons respond to hippocampal memory replay (Cell Reports, 2015). More recently he developed a novel implant to perform neural recordings in rodents (Frontiers in Neural Circuits, 2017) and provided the first functional characterization of the circuitry connecting the hippocampus with the medial mesocortex (pre-published DOI: 10.1101/535047). His work, with 678 citations, provides fundamental insights on the neural basis of memory. Dr Remondes was awarded the iFCT Award, (peer-reviewed, 14% attribution rate).