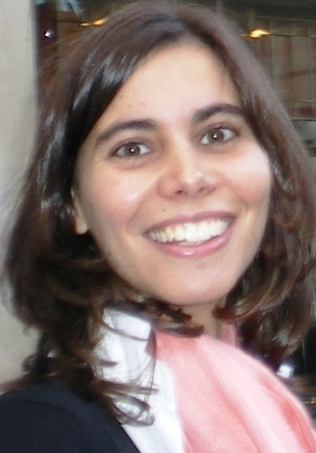 Maria Inês Almeida is a researcher at i3S – Instituto de Investigação e Inovação em Saúde. After a bachelor in Biology (University of Minho), she joined the Life and Health Sciences Research Institute (ICVS) where she frequented a PhD in Health Sciences. Most of her work was developed at MDAnderson Cancer Center University of Texas (USA), which is considered one of the best cancer treatment hospitals in the world. There she aimed to investigate the role of non-coding RNAs in colorectal cancer. While working on her PhD thesis, she was also involved in several projects in different tumor types. She studied microRNAs and long-non-coding RNAs in order to find new tumor targets and novel therapeutic strategies for cancer. She completed her PhD in 2012 and soon joined Professor Mário Barbosa´s laboratory at Instituto de Engenharia Biomédica (INEB) in 2013. Her main focus is on the role of non-coding RNAs in tissue repair and regeneration. Moreover, she is interested in using extracellular vesicles/exosomes-mediated microRNA and RNA molecules for regenerative medicine.

She is the author of more than 25 scientific publications and her work was recently recognized with the “Medal of Honor for Women in Science” by L’Oreal, UNESCO and Foundation for Science and Technology. Moreover, the need to translate her scientific ideas into business resulted in an award in 2017 by Agência Nacional de Inovação to further explore non-coding RNAs as biomarkers of disease and implement it as a product in the market.

Besides the direct scientific-related curricular path, she participated in many activities for the dissemination of science to the non-scientific community and has been an active promoter of gender equality in science.