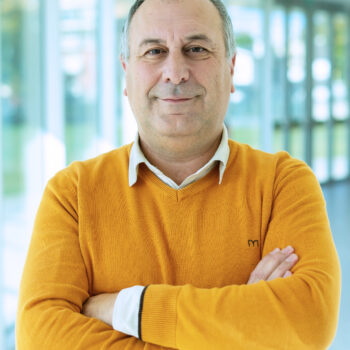 Lorenzo Pastrana has a PhD in Pharmacy (1991) by the University of Santiago (Spain). He was postdoctoral fellow (1992-1993) in the Centre de Transfert en Microbiologie et Biotechnologie–INSA at Toulouse (France). In 1991 he joint the University of Vigo (UVIGO) in Spain as Assistant Lecturer in Biochemistry. Since 2010 is Professor of Food Science at UVIGO, where he was the founder and the first Director of the Centre of Research Transference and Innovation (CITI) at Tecnopole (Galicia Technological Park), and the Head of the Knowledge Transfer Office of the University of Vigo (2009-2010). In 2006 founded the first Regional Food Innovation Cluster (Galician Agri-Food Technology Platform). Since 2016 is member of the scientific board of the Cluster Portugal Foods. In September 2015 he joins the International Iberian Nanotechnology Laboratory at Braga (Portugal) INL, as Head of the Department of Life Sciences. His research is marked oriented with a multidisciplinary approach integrating methods and concepts of the biotechnology, nanotechnology and mathematical modelling. Currently he is working in three main areas, namely: micro and nanoencapsulation of bioactives for improving functional foods; edible, active and smart food packaging; and creation of new gastronomic sensations/emotions by using nanotechnology. He is author of more than one hundred fifty scientific papers and 4 licensed patents relating the development of new food products and process. He has a broad experience leading as PI National and European research projects as well as industrial R&D contracts with food companies.