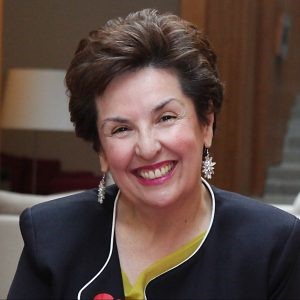 Linda Pereira is the main partner and CEO of Grupo L&I Comunicação. In addition to her long and respected career as one of the most influential voices in the Meeting Industry, she is also the Executive Director of CPL Meetings & Events. Respected internationally as a speaker, writer and teacher, she has been invited to speak in more than 143 cities and on all continents. She is also the only woman invited as a speaker at a national event in the Kingdom of Saudi Arabia. Known internationally as the Destination Diva due to her work as a bidder expert, she is often hired by a variety of Destinations to submit applications on her behalf. She is also an invited teacher at three different International Universities where she teaches Strategic Management of Events. In 2008, Linda was considered one of the 5 Most Influential Industry People in Portugal and received the annual US Education Award – IAHMP headquarters. In 2009, she received a medal of honor from corporate responsibility for her commitment to promote culture and heritage and CSR initiatives. In 2014, Linda was elected Personality of the Events of the Year in Portugal and received the Personality Award of Global Marketing by WE Magazine in the USA. In 2015 she was elected president of the Global Council for Women in Leadership. She is currently an adviser to the Cape Verdean Economy Minister. Linda is recognized for her efficiency, professionalism and outside-the-box thinking.