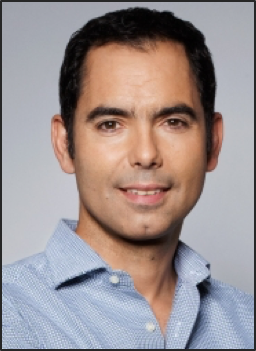 In 2002, he obtained a PhD in Immunology from Université René Descartes, Paris, France, before moving to the National Institute for Medical Research, London, UK, as a postdoc.

In 2009, he returned to Portugal to set up his independent research group at Instituto de Medicina Molecular, where he became member of the direction team in 2014. In 2016, Henrique Veiga-Fernandes joined the Champalimaud Center for the Unknown, Portugal, where he is currently a Senior Group Leader.

Henrique Veiga-Fernandes was elected a member of the European Molecular Biology Organisation (EMBO) in 2015, and he was made Commander of the Order of Sant’Iago da Espada by Portugal in the same year. He secured several European Research Council (ERC) awards (2007, 2013, 2015 and 2017) and has previously won the Pfizer Prize for basic Science (2014 and 2016), the senior research award from the Crohn’s and Colitis Foundation of America, USA (2014), the Innovator and Breakthrough Awards from the Kenneth Rainin Foundation, USA (2013 and 2014), the National Blood Foundation Scholar, USA (2012), and he integrated the EMBO Young Investigator Programme in 2008.