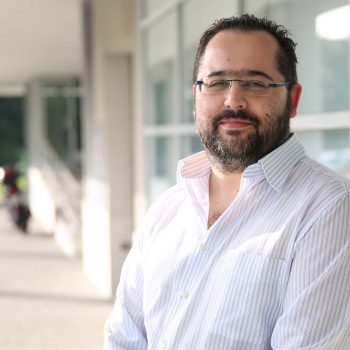 Hélder P. Oliveira graduated in Electrical and Computer Engineering in 2004, received the M.Sc. degree in Automation, Instrumentation and Control in 2008 and the Ph.D. degree in Electrical and Computer Engineering in 2013 at the Faculty of Engineering of the University of Porto.
He is currently working as Senior Researcher and Leader of the Information Processing and Pattern Recognition Area at INESC TEC. He is also working at the Departamento de Ciências de Computadores of the Faculdade de Ciências of the Universidade do Porto as an Invited Assistant Professor.
Since 2007 has co-authored more than 80 publications in international journals and conferences.
His research interests include medical image analysis, bio-image analysis, computer vision, image and video processing, machine learning, data science, computer science, programming, and 3D modelling.