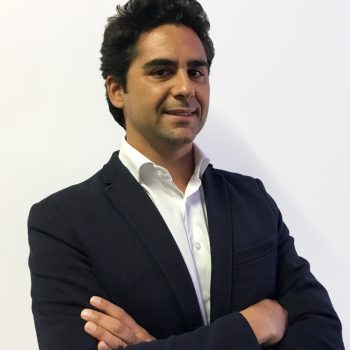 After completing his degree in Biology from the University of Nottingham (UK, 2004), David developed his Sales and Business Development skills in the Pharma, Real Estate and Biotech industries, quickly growing into managerial positions.

After a short experience at Italfarmaco as a Pharma Sales Rep, and an internship as International Biz Dev in Imbiosis, a Spanish Biotech, David fell for Marketing via Allegoria, a qualitative marketing consultancy company based in Paris.  In 2008, he became Marketing Manager for Spain and Portugal of Kodak’s Health Division – the leading Medical Imaging company Carestream. In 2013 he moved to FUJIFILM’s ultrasound company, SonoSite, leading markets such as Portugal, Spain and Italy. When he returned to Portugal, in 2014, he worked as a healthcare consultant for Hospital do Futuro. Later, in 2015 he joined BACK Communication as Head of Strategy, defining strategies for local and multinational companies acting in Portugal, Mozambique, Angola and South Africa. David also implemented the agency’s Digital department. As of May 2017, David joined Torke CC as a Strategic Ideator to take the agency’s efficient and collaborative co-creation methodology to new markets and businesses.

With over 10 years experience across the full scope of the health sector (Biotech, Pharma, Medical Devices) and a global network of contacts, David’s primary goal today is to push health sciences innovation forward, by promoting entrepreneurial and go-to-market strategies amongst the young and talented researchers in Portugal and abroad.  And to accomplish this he founded LabToMarket in November 2017.