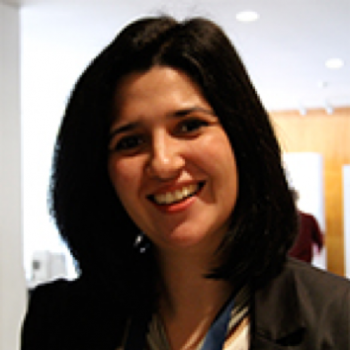 Diana Nascimento got her PhD in Zoology by the University of Aberdeen, UK, in 2008. In the same year she started her career in the cardiovascular field as a PostDoc fellow at INEB, where she is a Junior Researcher since 2018. Over the last 5 years Diana Nascimento has initiated an independent research line focused on the development of more efficient bioengineered therapies for cardiovascular disorders, with special emphasis on driving cardiac regeneration and/or inhibiting the formation of fibrosis in patients with myocardial infarction (MI). Translation of this knowledge into the development of more efficient
cardiovascular therapies is Diana Nascimento’s long-term goal. Diana Nascimento has been appointed Adjunct Professor at Instituto de Ciências Biomédicas Abel Salazar (ICBAS) of the University of Porto and is, since 2015, member of the governing board of the Portuguese Society for Stem Cells and Cellular Therapy (SPCE-TC). Overall, Diana Nascimento published 25 full-papers (accumulated IF=105.94, h-index=14), 3 book chapters, 2 patent applications and 1 software; despite two maternity leaves after her PhD (2010/2012).