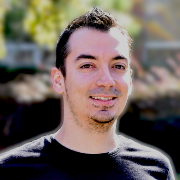 Athanasios, is invited Assistant Professor at the Bioengineering Department of Instituto Superior Tecnico (IST) and Research Fellow at the Evolutionary Systems and Biomedical Engineering Lab (LaSEEB) of the Institute for Systems and Robotics (ISR-Lisboa). His main research area involves the use of EEG-based Brain-Computer Interfaces (BCI) with interactive systems for neurorehabilitation. Specifically, the study of cortical potentials that may be used to convey information about the user’s brain activity to a computer system (e.g. user-interfaces, virtual environments, or robotic devices) and to develop methods that will
allow improving the quality-of-life in assistive or restorative ways. Overall, this research is in the intersection between the fields of computer- and neuro- engineering with a two-fold objective: On the one hand, to design robust brain-computer interaction for communication and control, while on the other hand to identify the underlying mechanisms of brain recovery after stroke or other cerebrovascular and neurological disorders.

His doctoral studies took place at NeuroRehabLab of UMa/ITI (LaRSYS) in Portugal, under the supervision of Prof. Sergi Bermudez i Badia (PhD in Neuroscience, ETH), and it was supported by EU FP7 framework as well as FCT. His research involved the development of a VR rehabilitation technology, utilizing multimodal interfaces and brain-computer interaction. This research brought further insights on how to improve the effectiveness of VR tools and methodologies for rehabilitation after stroke, including longitudinal intervention with patients. At a postdoctoral level, Athanasios extended his work at the Neural Plasticity and Neurorehabilitation Lab (NPNL), at the University of Southern California, Los Angeles, USA. There, he was part of a multidisciplinary team of occupational therapists, engineers and
medical doctors, performing research in brain stimulation, brain-computer interfaces, neuroimaging and virtual reality for stroke rehabilitation, under the REINVENT project, funded by the American Heart Association.

Further, he collaborated with the USC Institute for Creative Technologies, Mixed Reality Lab (MxR), the lab where Oculus VR emerged as a spin-off company. There, he worked in the integration of EEG-based BCI technology with Augmented Reality (AR) under the Cortically Coupled Computing project (CCC), funded by the US Army.

Currently, he is carrying out research in neurorehabilitation, and specifically, in the use of
simultaneous EEG-fMRI modalities for developing robust neural decoders for rehabilitative BCIs under the NeurAugVR project, including the area of wearable computing and AI for translating BCI technology from the lab into the real-world.