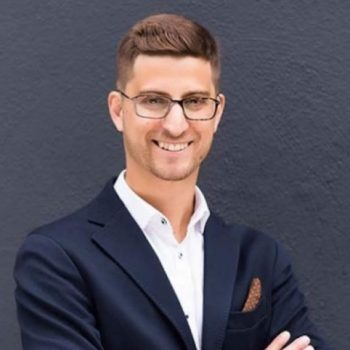 Dr. João Anes started his academic career in 2006 in ULHT where he graduated in Biotechnology Engineering followed by IST with a master’s degree in Biotechnology. Here he worked with Dr. Pedro Fernandes on his thesis “Development of an immobilized enzyme system aiming at inulin hydrolysis under continuous flow” where he was awarded a Scientific Initiation Grant sponsored by Santander Totta.
At the end of his masters he worked in the National Laboratory of Energy and Geology in the characterisation of new lines of S. cerevisiae for fermentations of carob syrup in simultaneous saccharification and fermentation. In 2013 he moved to Dublin, Ireland, to work with Professor Séamus Fanning on his PhD working in molecular microbiology in the field of antimicrobial resistance with his thesis “Reversing fluoroquinolone resistance in Enterobacteriaceae”. During this period, he also worked in collaboration with IST and FFUL in the development of new antimicrobial compounds that were later patented.
After the PhD, Dr. Anes worked as a Post-doc with six of the major dairy industry partners in Ireland making use of NGS technologies to predict microbial fluctuation and outbreak risk using machine learning. He then transitioned to Nuritas, a Dublin based start-up biotechnology company that uses AI to predict bioactive compounds where he now works as a microbiologist project leader heading two main projects, the production of novel peptides through fermentation and investigating hydrolysate induced shifts in the human microbiota.