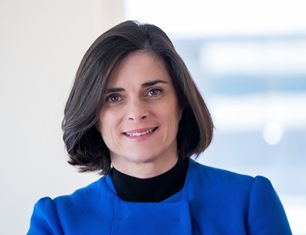 Isabel Vaz has a degree in Chemical Engineering from Instituto Superior Técnico (1990) and a Master of Business and Administration (MBA) from Universidade Nova de Lisboa (1994). After graduation, she began her professional life as a research scientist at the Institute of Experimental Biology and Technology (IBET). She was Engineer Manufacturing Project in Atral Cipan Group. In 1992, she joined McKinsey, strategic consulting company senior management, where she was senior consultant for seven years, participating in projects primarily in banking and insurance. Since 1999, she’s Chief Executive Officer of Luz Saúde Group, leading more than eleven thousand employees in 25 health facilities, including the Hospital da Luz in Lisbon. Since 2012, the Group manages also a public hospital in a public-private partnership – Hospital Beatriz Angelo, in Loures.
She was member of the Board of Faculty in the New School of Businessand Economics of the Universidade Nova de Lisboa, and member of the International Advisory Board of The Lisbon MBA in the same university. She was also member of the General Council of the Universidade deLisboa. She regularly holds conferences on health management, leadership, human resources and financial sustainability of health systems at the invitation of several universities and other institutions.
In 2015, she received the award «Excellens Oeconomics 2015» from Jornal de Negócios, for being the best portuguese manager of the year. In 2017, she received the award «Maria de Lourdes Pintasilgo 2017» from Instituto Superior Técnico (IST), awarded to former students who have distinguished themselves in their professional and social career.