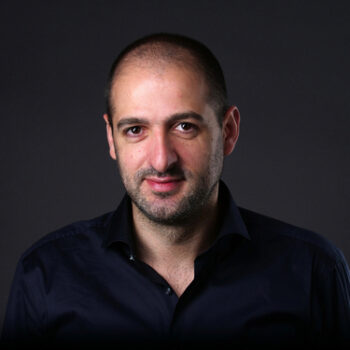 Hugo Gravato Marques graduated as a Computer Engineer from the Faculty of Engineering of the University of Porto in 2003. He did his PhD in England under the supervision of Owen Holland at the University of Essex. During his PhD he worked on architectures for embodied imagination with the aim to endow artificial systems with high-level cognitive capacities. During his PhD he worked with an anthropomimetic robot, CRONOS, which aimed to capture not only the shape but also the complex mechanics of the human body with its elastic muscles, tendons and complicated joints.

The challenges of controlling such a robot sparked his interest in motor control. After his PhD, he moved to the University of Zurich and the ETH in Switzerland where he worked as a postdoc in the labs of Rolf Pfeifer and Fumyia Iida. There, he developed a framework to self-organize reflex loops, similar to those in the mammalian spinal cord, from individual muscle twitches. He later showed that such reflex loops could be used to coordinate the activity of the different muscles and move a limb in a meaningful manner.

His research in motor control led him to switch to neuroscience. He is currently at the lab of Megan Carey in the Champalimaud Foundation, as a postdoc, where he uses electrophysiology and imaging techniques to investigate locomotor coordination and learning in the mouse cerebellum.